American soprano Talise Trevigne begins the 2019-20 Season in a return appearance with CBSO for Tippett’s A Child of our Time in performances in the UK and Germany conducted by Mirga Gražinytė-Tyla. Returning to the US she makes her Lyric Opera of Chicago debut as Kitty Hart (Sister Rose c) Dead Man Walking before traveling to Albany Symphony to sing Knoxville: Summer of 1915. She joins the Metropolitan Opera cast of Porgy & Bess and later in the season returns to the role of Mimi in La Boheme at Fort Worth Opera.

Last season Miss Trevigne debuted the role of Ma in Missy Mazzoli/Royce Vavrek’s highly lauded Proving Up at Omaha Opera and at Lincoln Centre and made a further role debut at Madison Opera as Nedda Pagliacci. She travelled to Theater Basel for one of her signature roles, Cio-Cio-san Madama Butterfly, a role that originally brought her great accolades at North Carolina Opera and at Kentucky Opera. She finished the season at Cincinnati Opera in the title role in Porgy & Bess reviving her great success in the role at Glimmerglass Festival the previous season. She was greatly honored to be nominated for a 2016 Grammy Award in the category Best Solo Classical CD for her rendition of Christopher Rouse’s masterpiece Kabir Padavali with Albany Symphony.

Recent highlights include the role of Micaëla Carmen at Hawaii Opera Theatre, and in Fort Worth she created the role of Clara JFK, a role she took to Opéra de Montréal, a Canadian debut. She sang Leila Les Pêcheurs de Perles at North Carolina Opera and the title role Iris at Bard SummerScape Festival. Another role debut brought Ophelia Hamlet into her repertoire at Fort Worth Opera, and she sang Getry’s rarely-heard L’Epreuve Villageoise in a recording and performances with Opera Lafayette. Her Heroines Les Contes d’Hoffmann at Opera de Lyon under the baton of Kazushi Ono was a great success, and she revived the roles at Israeli Opera with Frederic Chaslin.

Enjoying a long collaboration with composer Jake Heggie, Miss Trevigne sang the world premiere of his song cycle Pieces of 9/11 – Memories from Houston at Houston Grand Opera, where she also inaugurated the role of Clara It’s a Wonderful Life. Her solo CD, At the Statue of Venus (GPR Records), written by Heggie and Glen Roven, quickly climbed to the top of the US record charts; she is also featured on Heggie’s CD release, here/after, songs of lost voices alongside Stephen Costello, Joyce DiDonato and Nathan Gunn. She established the role of Pip the cabin boy Moby-Dick, written for her, in the world premiere at Dallas Opera in 2010, further appearing as Pip at San Francisco Opera, at San Diego Opera and at Washington National Opera. In 2015, she brought the role of Sister Rose Dead Man Walking into her repertoire.

In Britain, the artist originated the title role in the world premiere of Judith Weir’s Armida for the BBC. She made her UK stage debut as June Gibbons in the world premiere of Errollyn Wallen’s The Silent Twins with Almeida Opera, and later won the coveted Royal Philharmonic Society Music Award (2007) for her mesmerizing portrayal of Violetta in Graham Vick’s La Traviata with Birmingham Opera. Later, she sang Gilda Rigoletto at the Dublin International Opera Festival in 2008. In her Australian début, the artist appeared as The Beloved in the world premiere of Liza Lim’s The Navigator, directed by Barrie Kosky for the Melbourne International Festival, and she revived the role at the Chekhov International Arts Festival in Moscow and at the Bastille in Paris (December 2009).

Talise Trevigne studied at the Manhattan School of Music and graduated with her Master’s in Music. While still a student, she made her operatic début under the direction of Julius Rudel as Violetta La Traviata and Zerlina Don Giovanni at the Aspen Music Festival. 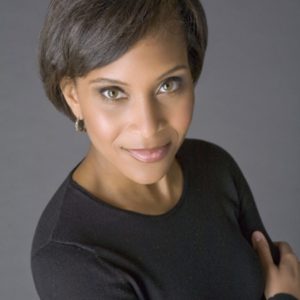