Serena Perrone is a multi-disciplinary artist who employs various techniques ranging from printmaking and drawing to photography and writing to reflect on personal mythologies, examine differing forms of nostalgia, recount stories of destruction, regeneration, transition, enchantment and disenchantment, and capture images of the synchronistic and uncanny ways that magic and wonder are encountered in liminal spaces.

Perrone’s work has been exhibited widely, including exhibitions at the Contemporary Art Museum St. Louis, the Cleveland Museum of Art, the Philadelphia Museum of Art and the International Print Center New York.

A graduate of the Rhode Island School of Design with an MFA in Printmaking, she splits her time between the United States and Italy. She is currently the Assistant Professor of Printmaking, Tenure Track at Georgia State University in Atlanta. Previously, she was the Assistant Professor of Printmaking and Drawing at Pratt Institute’s upstate campus at Munson-Williams-Proctor Arts Institute in New York, and a Visiting Critic at RISD. She is the co-creator and Director of Officina Stamperia del Notaio, an international multi-disciplinary artists’ residency program and printmaking studio in Sicily. Her work is represented by Cade Tompkins Projects. 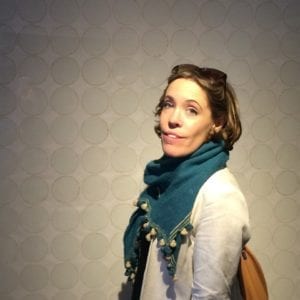