Robert Boone Jr, is the drummer for The Legendary Count Basie Orchestra.The Count Basie Orchestra, directed by Scotty Barnhart, won 18 Grammy Awards, performed for Kings, Queens, and other world Royalty, appeared in several movies, television shows, at every major jazz festival and major concert hall in the world. The latest honors are the 2018 Downbeat Readers Poll Award as the #1 Jazz Orchestra in the world, and a Grammy Nomination for their 2018 acclaimed recording, All About That Basie, which features special guests Stevie Wonder, Jon Faddis, Take 6, and Kurt Elling among others.

Boone grew up in Augusta, Georgia where he still calls home and gives back to the community that supported him throughout the years. Robert performs for the nursing homes and numerous schools in the Augusta area whenever he can.

He received an undergraduate degree in Music Performance at Kennesaw State University, studying with professors John Lawless and Justin Chesarek. It was at KSU where he was selected to participate in the 2015 Disneyland All American College Band. He also attended Florida State University where he received his Masters Degree in Jazz Studies. 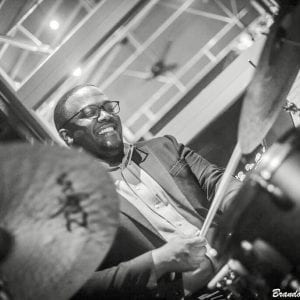