Dr. Raengo is a theorist of black aesthetics and visual culture, working at the intersection of Black Studies, Visual Culture Studies, Film Studies, Art History, and Aesthetic Theory. She is the author of On the Sleeve of the Visual: Race as Face Value (Dartmouth, 2013) and Critical Race Theory and Bamboozled  (Bloomsbury, 2016) and numerous articles and book chapters on Black cinema, the Black visual arts, and Critical Race Theory. Dr. Raengo is the Founding Editor in Chief of the liquid blackness: journal of aesthetics and black studies, recently acquired by Duke University Press, a journal entirely devoted to the intersection between Black Studies and aesthetic theory she initially founded with her graduate students here at GSU. The Duke UP journal is an outgrowth of the liquid blackness group she founded in 2013 in the Moving Images Studies doctoral program, which is devoted to the study of the radical aesthetic possibilities of the visual and sonic arts of the Black diaspora. Under her leadership “liquid blackness” developed into a multi-pronged project: a theoretical concept, a methodology, a pedagogy, an archival project, a digital humanities initiative archived at the Library of Congress, a curatorial practice, and a praxis of community-building.  Most recently, Dr. Raengo has been one of the driving forces behind AMPLIFY, a showcase for film students’ work that seeks to foster artistic and critical dialog around systemic anti-blackness.

with Robert Stam, eds.: Literature and Film. A Guide to the Theory and Practice of Film Adaptation. Blackwell Publishing, 2005, 359pp

with Robert Stam, eds.: A Companion to Literature and Film. Blackwell Publishing, 2004, 463pp

“©AMOUFLAGE”, in On Not Looking: The Paradox of Contemporary Visual   Culture, ed. Francis Guerin, Routledge, 2015.

“Reification, Reanimation, and the Money of the Real,” The World Picture Journal 7, “Distance,” Summer 2012.

“A Necessary Signifier: The Body as Author and Text in The Jackie Robinson Story.” Adaptation. A Journal of Literature on Screen Studies 1 (2) 2008: 79-105.

“Other Cinemas: The Photographic Gaze of the Long Twentieth Century.” In Enrico Biasin, Roy Menarini, Federico Zecca, eds. The Ages of Cinema. Criteria and Models for the Construction of Historical Periods. Udine: Forum, March 2008: 335-343.

“Race and Indexicality: Images of the Civil Rights Struggle in Night of the Living Dead.” In Veronica Innocenti and Valentina Re, eds. Limina/le soglie del film. Film’s Thresholds.  Udine: Forum, 2004: 541-556.

Can Blackness be Loved? Screening of Arthur Jafa’s Dreams are Colder than Death (2013) and Q&A with the filmmaker.  Center for Civil and Human Rights, Atlanta GA  April 2, 2016

Symposium on the Arts and Politics of the Jazz Ensemble screening of Passing Through (Larry Clark, 1977), Symposium, Georgia State University, and Drawing Through art show at Mammal Gallery, Atlanta GA  September 18-19, 2015 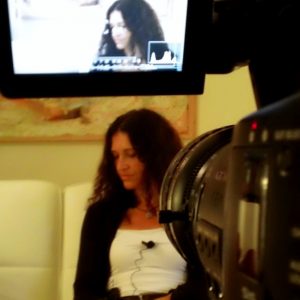