Known throughout the Southeast for his versatility and expressiveness at the keyboard, Peter Marshall performs on piano, harpsichord, and organ. He has appeared as a soloist with major orchestras in Atlanta, Washington, D. C. (National Symphony), Richmond, Norfolk (Virginia Symphony), Buffalo, Columbus (OH), and Charlotte, and has given solo recitals in the United States and abroad.

Marshall holds the Hugh and Jessie Hodgson Keyboard Chair at the Atlanta Symphony Orchestra, and performs numerous concerts with the ASO throughout the year. Active as an accompanist and coach in Atlanta since 1993, he is in frequent demand as a keyboardist in vocal and instrumental recitals and in chamber music. He has appeared with the cutting-edge contemporary ensembles Bent Frequency and Sonic Generator; with the Southeastern Festival of Song; at the Wintergreen Summer Music Festival; and with the period instrument ensembles Hesperus, Folger Consort, Atlanta Baroque Orchestra, and Grande Bande Baroque Orcherstra.

In 2013 Marshall performed a recital at GSU of music for harpsichord and cello with his wife, cellist Sarah Kapps; toured France with Dr. Deanna Joseph and GSU’s University Singers and participated in the Florilège Vocale choral competition in Tours; and also appeared with Bent Frequency at the Cervantino Festival in Guanajuato, Mexico in Ricardo Zohn-Muldoon’s “Comala”. The next year marked a return visit to Carnegie Hall with the Atlanta Symphony and Chorus for a performance of Benjamin Britten’s “War Requiem” under the leadership of Robert Spano. Marshall appeared once again at the Wintergreen Summer Festival in 2015, premiering a new piano concerto written by Daron Hagen to be performed along with the Charlie Chaplin movie, “The Tramp”.

In June 2016 Marshall and Bent Frequency will participate in several concerts as part of the Charlotte New Music Festival; at Wintergreen in July 2016, Marshall will be performing in recital with bassist Joseph Conyers, and will solo in the newly-revised original version of Gershwin’s “Rhapsody in Blue”, conducted by Laura Jackson.

Peter Marshall can be heard with Hesperus on two CDs from Golden Apple records; on two CDs from Centaur Records with baroque violinist Jeanne Johnson; and on more than 15 recordings with the Atlanta Symphony from Deutsche Grammophon, Telarc, and ASO Media.

Marshall joined the faculty of the Georgia State University School of Music in 2001. He chaired the organ department at the Catholic University of America from 1984 to 1993, and served as Chapel Organist at Duke University 1981-84. He holds degrees from Oberlin College and Yale University and studied at the Musikhochschule Lübeck as a Fulbright Scholar. 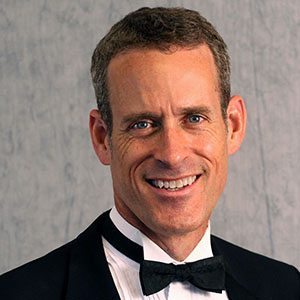