Pam Longobardi’s parents, an ocean lifeguard and the Delaware state diving champion, connected her from an early age to the aquatic. She moved to Atlanta in 1970 and saw her neighborhood pond drained to build the high school she attended. Since then, she lived for varying time periods in Wyoming, Montana, California, and Tennessee, and worked as a firefighter and tree planter, a scientific illustrator and an aerial mapmaker, a collaborative printer and a color mixer. Her artwork involves painting, photography and installation to address the psychological relationship of humans to the natural world.

She has exhibited widely across the US and in Greece, Monaco, Germany, Finland, Slovakia, China, Japan, Italy, Spain, Belgium, Costa Rica and Poland. She currently lives and works in Atlanta as Regents’ Professor, Distinguished University Professor, and Professor of Art at Georgia State University. In 2006, after witnessing the vast amounts of oceanic plastics on remote Hawaiian shores, she founded the Drifters Project.  Longobardi is a conceptual artist grounded in modalities of forensic investigation, action, collaborative process and social practice.

With the Drifters Project, she collects, documents and transforms oceanic plastic into installations, public art and photography. The work provides a visual statement about the engine of global consumption, conservation, and the vast amounts of plastics’ impact on the world’s most remote places and its’ creatures.  In 2013, Longobardi participated in the GYRE expedition to remote coastal areas of Alaska and created project-specific works for the exhibition at the Anchorage Museum which travelled for two years. Longobardi was featured in a National Geographic film on the GYRE expedition and her Drifters Project was featured in National Geographic magazine.

Longobardi created a site-specific installation for a special project of the Venice cultural association Ministero di Beni Culturali (MiBAC) and the Ministry of Culture of Rome for the 55th Venice Biennale on the Island of San Francesco del Deserto in the Venetian Lagoon, a work made from plastic water bottles, crystals and a mirrored satellite dish that signaled an apology to St. Francis across the lagoon to the island of Burano. She exhibited photography in Seescape at George Adams Gallery in New York, and won the prestigious Hudgens Prize (2013), one of the largest single prizes given to an artist in North America.  She has an ongoing collaboration supported by the Ionion Center for Art and Culture in Metaxata, Kefalonia, Greece. Longobardi has been named Oceanic Society’s Artist-In-Nature, planning and participating in expeditions around the world. 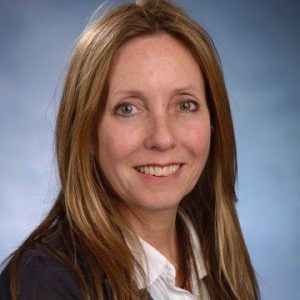