Oliver N. Greene, Jr., a native of LaGrange, GA, is an associate professor of music at Georgia State University where he teaches courses on traditional world music, the popular music of select countries and carnival traditions of the Americas, and has produced numerous world music shows. He holds a Ph.D. in musicology (emphasis, ethnomusicology) from Florida State University, Master of Music degrees from Southern Methodist University, and a Bachelor of Music degree from the College Conservatory of Music, University of Cincinnati. He has published articles in the Black Music Research Journal (2002, 1999), Continuum Encyclopedia of Popular Music of Music (2005), and the Garland Encyclopedia of World Music (1998) and Concise Garland Encyclopedia of World Music (2008), as well as in the book The Garifuna: A Nation Across Borders (2005). He has created websites on Garifuna music and ritual arts traditions. In 2005 he presented a paper at the Seminaire d’Ethnomusicologie at the International Gwoka Music Festival in Guadaloupe, French West Indies and directed a study abroad to Rio de Janeiro and Salvador, Brazil. He has presented at meetings of the Society for Ethnomusicology, International Association for the Study of Popular Music, Center for Black Music Research (CBMR), and International Council of Traditional Music. As a recipient of a Rockefeller fellowship at the CBMR in Chicago in 2000, he conducted fieldwork and research on the relationships between art, dance and music in the expression of ethnic identity in the wanaragua (Jankunú) ritual of the Garifuna of Belize. He has also conducted research on popular music and ancestor veneration rituals of the Garifuna in Belize and Honduras. His documentary film, “Play, Jankunú Play: The Garifuna Wanaragua Ritual in Belize” (2007) has been screened at scholarly conferences, universities, film festivals and cultural art affairs in Aukland, New Zealand; Salvador da Bahia, Brazil; Dangriga, Belize; Belgrade, Serbia; Honolulu, Hawaii; the Bronx, NY; Rutgers, NJ; and Atlanta, GA. 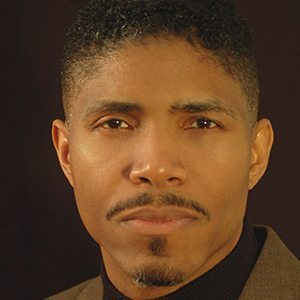