Nancy Floyd joined the School of Art and Design faculty in 1996. She received a BFA in Studio Art from the University of Texas at Austin, Austin, TX in 1982, a MA in photography from Columbia College Chicago, Chicago, IL in 1985, and a MFA with a concentration in photography from California Institute of the Arts, Valencia, CA in 1987.

Her work is published in the journal Contact Sheet, as well as in the books Game Face, Pregnant Pictures, Heart Shots, Gun Women, Real Knockouts, Bombensicher: Atomic Photographers Guild and A Different War: Vietnam in Art.  Temple University Press published Floyd’s first book, She’s Got a Gun, in 2008.  The book is part history of American gun women, part memoir of her Texas childhood and the loss of her brother, and a picture book with 150 historical images of women with guns, 35 of which were taken by Floyd. 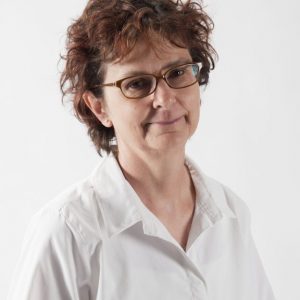