Musicologist Marie Sumner Lott joined the faculty of Georgia State University in 2012; she teaches graduate and undergraduate music history classes in the School of Music. Her research investigates the musical culture of nineteenth-century Europe. Dr. Sumner Lott’s book The Social Worlds of Nineteenth-Century Chamber Music (University of Illinois Press, 2015) illuminates the relationships between innovations in the publication, performance, and composition of chamber music by well known composers such as Beethoven, Schubert, Schumann, and Brahms, as well as their less familiar contemporaries.

In addition to several essays in book-length collections published by Cambridge University Press, Orpheus Editions, and the University of Rochester Press, she has published articles and reviews in peer-reviewed journals such as Ad Parnassum, the Journal of Musicological Research, and MLA Notes. Her 2012 article on Brahms’s Op. 51 string quartets, published in the Journal of the Royal Musical Association (U.K.), won the Deems Taylor Award for outstanding writing about concert music given annually by the American Society of Composers, Artists, and Publishers.

Dr. Sumner Lott completed her Ph.D. in musicology at the Eastman School of Music (University of Rochester) in 2008; she also holds a Master of Music degree in music history from the University of Northern Colorado and a Bachelor of Music degree from the University of Southern Mississippi. She has been the recipient of several grants and fellowships, including most recently the 2016-17 Provost’s Faculty Fellowship to support work on her second book, Imagining the Middle Ages in Nineteenth-Century Music: Romantic Medievalism Beyond Wagner. 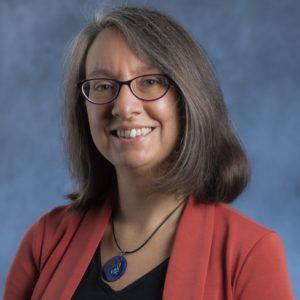