AREAS OF INTEREST
A specialist in nineteenth-century French painting and sculpture, Gindhart’s most recent research has focused on fin-de-siècle images of prehistoric humans and the intersections between art and science. She is currently working on two different projects. One is a book on representations of modern-day “primitive” people in Parisian scientific institutions, world’s fairs, and zoos between 1860 and 1940. The other is a co-authored book, tentatively entitled František Kupka: New Perspectives on Art and Science, for which she will write three chapters on the artist’s France-based imagery of the turn of the twentieth century, including his illustrations of Neandertals.

“Touched by Science: Albert Besnard’s Painted Programme for the School of Pharmacy in Paris.” In Visualising the Unseen, Imagining the Unknown, Perfecting the Natural: Art and Science in the 18th and 19th Centuries, ed. Andrew Graciano, 155-185. Newcastle: Cambridge Scholars Publishing, 2008 [forthcoming].

“A pinacothèque préhistorique for the Musée des Antiquités Nationales in Saint-Germain-en-Laye.” Journal of the History of Collections 19, no. 1 (May 2007): 51-74. 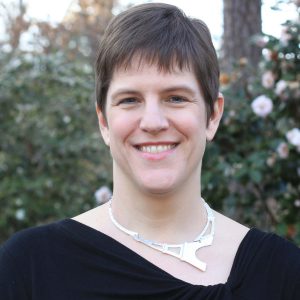