Equally comfortable in Opera, Symphony and Chamber works, Ms. Wór is often praised by music critics and fans alike for the rich color of her voice, vocal flexibility- which allows her to sing low and high mezzo repertoire, from Baroque through 21st century- and for her complete devotion to both the music and the text at hand. 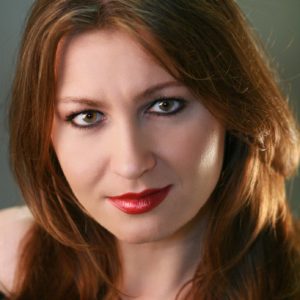