Professor of Practice in Graphic Design

Jeff Boortz teaches Graphic Design, Motion Design, and Corporate Identity Design. Boortz received an M.A. in Film Production from USC Film School and his B.F.A. in Graphic Design from the University of Illinois at Urbana- Champaign. Most recently Boortz founded a new creative production company, UPRISING within Riot Atlanta, a post-production facility serving the advertising and promotion industry in the Southeastern US. Before joining Riot, Boortz was Chair of the Motion Media Design Department at the Savannah College of Art and Design.

When he wasn’t teaching, Boortz was busy scouting talent for, and working to promote social purpose-driven brands through his non-profit design boutique, Open Mynd Agency. Prior to arriving in Georgia, as the founder of 3 Ring Circus and Concrete Pictures, Jeff Boortz spent more than two decades designing for and promoting brands within the entertainment industry. Boortz has personally designed and produced concept-to-completion brand expressions: marketing strategies, positioning documents, on-air packaging and promotional campaigns. He is the recipient of multiple international design awards, including two Emmys and “Best of Show” accolades from the Broadcast Designers Association (BDA). Boortz has also channeled his passion for storytelling and the film medium into successes as a producer of independent art-house feature films (Dream With the Fishes, One, and Cherish) and as feature director (Tear It Down). Additionally, he expanded the scope of his agencies to include film effects, creating over a dozen futuristic advertisements for Steven Spielberg’s feature film Minority Report. 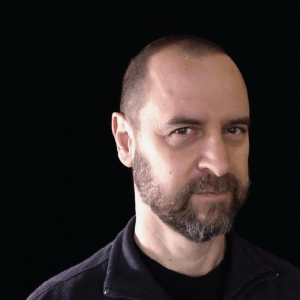