Hanna Lisa Stefansson is a composer and pianist based in Atlanta, GA. She composes electronic and acoustic music and enjoys composing for collaborative projects. Her dissertation, titled Ritual Habit: An electroacoustic music composition and dance collaboration (2017), focuses on the collaboration between music composition and physical movement. The instrumentation for this piece includes percussion, flute, voice, and lever harp, with fixed and live electronics. The ensemble displays the formation of a ritual using characteristics of ritual-like behavior from the research of Catherine Bell.

Hanna Lisa has composed music for puppetry theater (But I Digress, Xperimental Puppetry Theater 2018 at the Center for Puppetry Arts), theater (Rüa/Wolf, a migrating play at The Goat Farm Arts Center, 2012), and short film (Bob & Bob, 2010). These collaborative projects led to her graduate research assistantship for Ideas for Creative Exploration, an interdisciplinary initiative for advanced research in the arts at UGA.

She received her Doctor of Musical Arts degree in music composition and a minor in musicology from the University of Georgia (2017), her Master of Music degree in composition from Georgia State University (2011), and her Bachelor of Arts in piano performance from Emory University (2005). Her music has been performed at the SCI Student National Conference, the New York City Electroacoustic Music Festival, and the SEAMUS National Conference. She was an Associate Artist at the Atlantic Center for the Arts residency where she composed Spindle (2018), an electroacoustic piece spatialized for a 10-channel speaker dome. Her music has been featured on the album Discordia: electroacoustic music from the southeast on the EMPiRES label (2016). Hanna Lisa draws inspiration for her music from nature, literature, history, and human behavior. 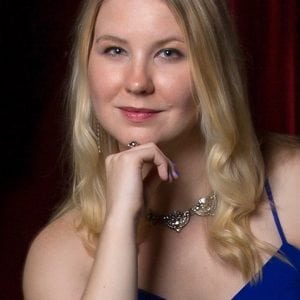