Lara Saville Dahl is currently Principal Senior Lecturer of Oboe and serves as the College of the Arts Non-Tenure Track Faculty Advocate, School of Music Graduate Director, and Woodwind Coordinator. She received her Doctor of Musical Arts and Master of Music degrees from Arizona State University where she studied with Martin Schuring, and her Bachelor of Music degree from Brigham Young University, studying with Geralyn Giovannetti. In fall 2003, Dr. Dahl was the sabbatical replacement for oboe professors Geralyn Giovannetti at Brigham Young University and Stephen Caplan at the University of Nevada, Las Vegas. Prior to her appointment at Georgia State University, Dr. Dahl was adjunct instructor of oboe at Utah State University. In addition to her university studies, during the summer of 2007 Dr. Dahl studied with Joseph Robinson, former principal oboist of the New York Philharmonic

Dr. Dahl has performed with the Atlanta, Utah and Phoenix Symphony Orchestras, the Arizona Opera Company and the Sunflower Music Festival Chamber Orchestra. She is a founding member of Atlanta Chamber Winds which published a CD entitled Music from Paris on the Albany label. Dr. Dahl currently substitutes with the Atlanta Opera Orchestra, Atlanta Ballet Orchestra and Columbus Symphony. She performs frequently with Chamber Music Atlanta and is an active freelance musician throughout Atlanta, and is also in demand in the metro Atlanta area as an adjudicator, master-class clinician and sectional coach. 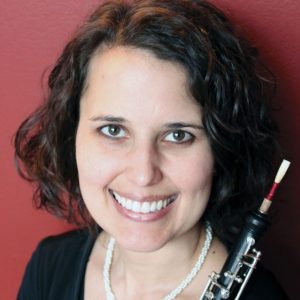