GRAMMY® award-winner David Sánchez is recognized around the world as one of the finest saxophonists of his generation. His mastery of the instrument is undeniable and his sound unmistakable. Combine that with Sánchez’s deep-seated knowledge of both Jazz and Latin music, and the traditions that mold them, and the results are extraordinary. In a review, world-renown jazz writer and critic Howard Reich saluted the bandleader saying, “Sánchez’s prowess on saxophone is matched by the intellectual depth of his concept and compositions”. Reich has also noted “Technically, tonally and creatively, he seems to have it all. Recordings such as “The Departure” (1994), “Sketches of Dreams” (1995), “Obsesión” (1998) and “Cultural Survival” (2008) showed Sánchez merging jazz syntax with the musical dialects of his native Puerto Rico and other Caribbean and Latin American sources.” The influences of Puerto Rican folkloric music can be clearly heard on “Street Scenes” (1996), his debut album on Sony/Columbia. Strains of Bomba and Plena are also evident on”Obsesión” (1998) and”Melaza” (2000) both produced by the great saxophonist Branford Marsalis, as well as “Travesía” (2001), Sánchez’s first entirely self-produced recording. It was another recording, “Coral, ” that would earn David his fifth GRAMMY® award nomination and his first Latin Grammy Award for Best Instrumental Album in 2005. This album features orchestrations and arrangements by prolific Argentine composer Carlos Franzetti with the City of Prague Philharmonic. The album showcases compositions by Hector Villa-Lobos, Antonio Carlos Jobim, Alberto Ginastera, Franzetti and Sánchez. David’s 2008 debut on Concord Records, earned the artist his sixth GRAMMY® award nomination.

Sánchez continues to tour the world as a bandleader, bringing his mix of mainstream jazz with Pan-African influences to audiences around the globe. Most lately, he finalized is upcoming and much anticipated recording, “Carib” (2018) featuring original compositions inspired by melodies and rhythms coming from the Afro Puerto Rican and Haitian tradition. Two pieces on this recording, “Canto” and “Fernando’s Theme”, are featured in the soundtrack of the film “Windows on The 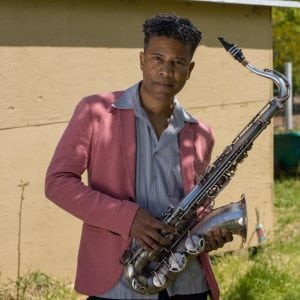