Craig Dongoski is an artist living and working in Atlanta since June 1999. He has taught painting and drawing full-time at Georgia State University becoming a permanent faculty member in fall 2001. During the summer of 2001, he presented a fragment of a film and soundtrack he is involved in making, titled The Wisdom Connected with Children Freezing to Death. This film was shown at the Raymond Lawrence Gallery in Atlanta during the month of August 2001. Prior to his move to Atlanta, Dongoski had lived and worked in Boston since 1991 where he was on the permanent faculty at the School of the Museum of Fine Arts. He has been very active in exhibiting in the United States and in Europe, Further involvements include organising outreach programs such as the International Print Symposium in Boston and co-curating a major exhibition and print exchange for the First Africus Biennial in Johannesburg, South Africa. Dongoski’s work is a continuous and ongoing exploration of the self.

‘Invisible Transmission’
Slide document of an experimental painting studio [at GSU] aimed at collective potential in art-making. A soundtrack and video were made from randomly splicing together discarded cassette tape found liberated from their casings throughout the city. The artists all wore the same invented camouflage uniforms. The palette and pattern were extended across the entire working studio as well as the paintings that were produced. The color and palette scheme were arrived at by way of the colors that already existed within the studio. The intent here was to create an environment for telepathic possibilities by rendering the physical environment (including the individual) invisible. When the environment is completely homogenized and equalized, what is left to communicate? Transmit? These are the areas we set out to create and work within. I thought a lot about the experiments of Dr. John Lilly and his experiments with sensory deprivation tanks he invented. We attempted to transform the studio workspace into a sensory deprivation tank [by way of camouflage] to a state whereby a group hallucination could be transmitted. Whereas, Lilly tried to invoke the mind’s ability to make form out of utter blackness, we tried tapping into the same tendency of the mind by way of visual repetition and monotony. John Lilly’s experiments attempted to yield solitary hallucinations from the void. Our experiments attempted to yield a collective mirage from the desert (of the mundane and familiar) a.k.a. the painting studio.

‘Signature’ 2005 (24 mb download)
Video and soundtrack made simultaneously by repeatedly writing my signature. The audio signal output is fed into the video input of the monitor producing the [live] electronic line across the monitor. ‘Signature’ is part of a series to be viewed and listened to in ‘Drawing Voices’ sessions as impetus to create meditational drawings.

‘Metaphysical Poem’ 2004 (6 mb download)
In this case, rather than responding to the amplified sound of drawing, the subject(s) is (are) exposed to live writing sounds. A vocoder is used in this experiment. Channel one inputs the live writing sounds while channel two receives a signal from a pre-recorded audio book or live speech. The spoken channel is activated only when the drawing implement is in contact with the surface. A scrambled, modulated and barely intelligible ‘voice’ is transmitted. A homophonic translation occurs as the brain tries furiously to keep up with what the handwriting relentlessly reveals. The experience allows the subject(s) to produce writing from an automatic state. Because of the effect of aural projection, the process could also be compared to electronic voice phenomenon ala Jorgensen and Raudive. I also introduce a Theremin through channel one to add an other frequency modulation to the vocoded configuration. The use of the sine wave emitted by the Theremin re-instates the vocoder’s original used of de-coding the voice (the original instrument was called a voder, an abbreviation of voice coder).

My intent with this is much like the Surrealist’s employment of automatic writing as a method toward attaining new forms, and in making the ordinary extra-ordinary. I also use this as a way to re-interpret existing texts. For example, audio books that are run through the vocoder are usually classic and familiar. In the end the homophonic translation can be compared (and/or morphed) with the original to produce a completely new work. Below is an excerpt from a poem:
Words looking at the black pavementAll the mirrors and the whore’s accolades brought the ancient specters to bear the light, The Life Boat is where the wheel turns silentHis eyes were naked with despair. Much work in places set north and refused. His eyes out, His work in Tokyo showed wicked deceit across borders. The MASTER CRAFT. The Soul’s Ear disposed of it all, my dear, while the vine placed up its sure-footed distance

Let us descend decisively….It is YOU, constant human, 1973. 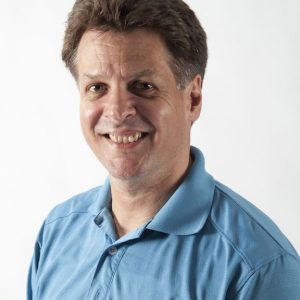