Dr. Charles R. Jackson is completing his 43rd year as a music educator. He serveds as an Assistant Professor of Music at Kennesaw State University (KSU) in Kennesaw, GA. Over his past 9 years at KSU, in addition to supervising student teachers through the Yearlong Clinical Experience course at KSU, he has taught all Woodwind and Brass Techniques courses for all Music Education majors; the Instrumental Methods, Curriculum, and Materials course for Music Education majors with Instrumental (Band) concentration; and Music in Society for non Music majors. For the past 8 years, he served as the Faculty Advisor for the KSU chapter of Phi Mu Alpha Sinfonia, the world’s largest and oldest music fraternity. Dr. Jackson currently serves as conductor and musical director of the Cobb New Horizons Symphonic Band, a 98-member adult community band based in Cobb County, GA. The Cobb New Horizons Symphonic Band presents ten to twenty concerts each year throughout the North Atlanta area. Before his appointment at KSU, Dr. Jackson enjoyed 34 successful years as Director of Bands at the high school and middle school levels in Cobb County, GA. He is sought nationally as a guest speaker, band and trumpet clinician, guest conductor for honor bands, and adjudicator.

Dr. Jackson’s collegiate music studies began in 1969 at the Miami-Dade Junior College, Miami, FL. He completed degrees at the University of Southern Mississippi (B.M.Ed.); the University of Illinois, Urbana-Champaign (M.M.); Georgia State University (Ed.S); and the Shenandoah Conservatory (D.M.A). Dr. Jacksonis a principal author for Teaching Music Through Performance in Middle School Band published by GIA, served as acontributing author for the InTune Magazine, and author of The Band Directors’ Book of Secrets published through Barnhouse Publishing.

Honors awarded to Dr. Jackson include Nationally Registered Music Educator (MENC); Nationally Certified Music Educator (MENC); Who’s Who Among America’s Teachers (1991,1996, 2002, 2003, 2006); Teacher of the Year, Garrett Middle School (1997-98). Teacher of the Year, Dodgen Middle School (2004-2005). In the spring of 2013, he was one of 217 music educators selected as a quarterfinalist for the Music Educator Award conferred by the Recording Academy and the GRAMMY Foundation. In total, more than 30,000 nominations were submitted from all 50 states. In 2019, he received the Olin G. Parker Leadership Award presented by the Phi Mu Alpha Sinfonia International Musicians Fraternity.

Dr. Jackson served the Georgia Music Educators Association (GMEA) as Chairman for District 12, overseeing all public and private schools in Cobb and Douglas counties and 24,000 music students, and served two years on the State Board of Directors for GMEA. The State of Georgia recognized Dr. Jackson with a Congressional Proclamation as a Georgia STAR teacher. He and his wife, Jane, have four children, one grandchild, and live in Acworth, GA. 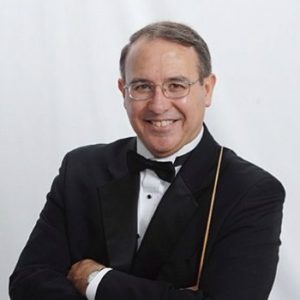