Although he completed his graduate studies in chemical physics in 1997, Brent Milam (b. 1969) has remained continually active as both performer and composer since 1986. In addition to performing and recording professionally with numerous small group jazz ensembles, big bands, blues, funk, new music ensembles and commercial studio projects, Mr. Milam has taught classical and jazz theory, composition, aural skills, orchestration, arranging, computer music, trumpet, piano and jazz improvisation both privately and for a variety of music schools around the country. He has composed original music for concert performance, stage productions, independent films, art installations and commercial recordings, and received commissions from professional performers and ensembles including the Champaign-Urbana Ballet, Pike’s Peak Philharmonic, Student-Teacher Friends Orchestra of Atlanta, Georgia State University School of Music and many private individuals. His music has been performed by the neoPhonia new music ensemble, Terminus Ensemble of Contemporary Music, Dr. David See of Middle Tennessee State University and Craig Hultgren of Birmingham, AL, among others. Mr. Milam has won multiple composition contests and his music has been selected for presentation at both regional and national conferences of the Society of Composers, Inc. His electronic work has been selected for presentation at the Electronic Music Midwest Festival, and six of his compositions were selected for inclusion on CDs highlighting the works of contemporary composers.

Mr. Milam’s music is usually more abstract and absolute than deliberately programmatic – an attempt to convey an otherwise inexpressible idea as opposed to suggesting visual images or stories. His compositions are characterized by jazz-influenced harmonies, the rhythmic complexity of polyrhythms and hemiola, the use of texture as a structural device and pointillistic impressionism. In regards to the latter, Mr. Milam’s methodology often relies on small units of sound and minute details, not as individual points of focus but rather with the intent to perceive their combined effect as a coherent whole. 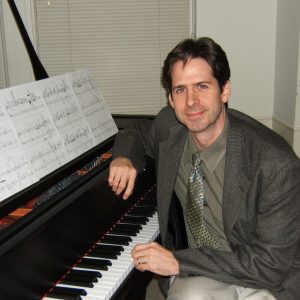