Jennifer Barker researches in the area of cinema studies, with particular interests in cinema and the senses, synaesthesia, theories of spectatorship and embodiment, performance, feminism, and documentary. She did her undergraduate work in film studies at the University of Iowa and earned her MA and PhD in Critical Studies (now “Cinema and Media Studies” at UCLA’s School of Theater, Film, and Television.

Dr. Barker’s book, The Tactile Eye: Touch and the Cinematic Experience, was released by the University of California Press. The dissertation that formed the first basis for this monograph won Honorable Mention honors in the 2006 dissertation awards given by the Society for Cinema and Media Studies. The book was a finalist for the “Best Book on Moving Image Studies” prize, awarded in London.  Other research essays have appeared in the Film-Philosophy, New Review of Film & Television Studies, Paragraph, Vectors, and Cinema Journal and in several anthologies, most recently Oxford University Press’s Art and the Senses. Recent talks have included papers at conferences on acting, synaesthesia, and film style, and the keynote for Yale University’s graduate film studies conference on “Sensing Cinema.”

She is currently at work on her second manuscript, Synaesthetic Cinema, an interdisciplinary project that will be the first book-length study of synaesthesia informed by and focused on cinema and moving-image theory.

Dr. Barker serves on the Professional Development committee for the Society of Cinema and Media Studies and is the area graduate director for the doctoral Moving Image Studies sequence, co-chairing the department’s Graduate Committee. She also had the great pleasure of co-organizing the department’s 2010 “Rendering the Visible” conference and of serving as a judge for the department’s student film festival for the past two years.

From 2004-2008, Barker was a visiting assistant professor of film at the University of Wisconsin–Milwaukee and, prior to that, taught courses in Northwestern University’s Radio/TV/Film Department. While writing her dissertation, she served as program director for a kids’ film festival in Chicago and has served as a judge for the international kids’ film festival in Zlín, Czech Republic. She has been writing about film since high school, including a movie column in the school paper. She bested a group of middle-aged film nerds to win a local newspaper’s Oscar predictions contest at age 17 and was thrilled, years later, to attend the Oscars three years in a row while attending grad school in LA.

The coolest thing she’s ever done was a 100-mile bike ride around Tucson, AZ in desert heat for a Leukemia & Lymphoma Society fundraiser. The farthest she’s ever traveled was to Australia. The weirdest thing she’s ever done was to spend the night in the abandoned Trans-Allegheny Lunatic Asylum (its official name, formerly the Weston State Hospital) in Weston, WV on a ghost-hunt and yes, she thinks she met a ghost. The South was a totally new experience for her when she arrived to teach at Georgia State, and she was surprised to find she likes it quite a lot. 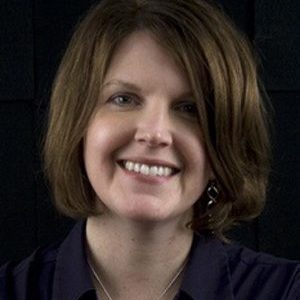