Craig Drennen is an artist based in Atlanta, GA who identifies primarily as a painter even though the centrifugal force of his studio practice often propels him outside the practice of painting. His most recent solo exhibitions were “Painters” at Hathaway Gallery, “BANDIT” at the Museum of Contemporary Art, Georgia. Prior to that he had solo exhibitions at Ellen de Bruijne Projects in Amsterdam, Samsøñ gallery in Boston, and Helper project space in Brooklyn. Drennen’s work has been reviewed in Artforum, Art in America, and the New York Times, among other places. He has been interviewed by StoryCorps, Art Pulse, and New American Paintings. He teaches at Georgia State University, served four years as dean of the Skowhegan School of Painting & Sculpture, and writes occasional art criticism. In 2018 Drennen was awarded the Guggenheim Fellowship in the Fine Arts.

Since 2008 he has organized his studio practice around Shakespeare’s Timon of Athens. It is considered Shakespeare’s most problematic work and is the only one of his plays not performed in his lifetime. He chose a “failed” work because the play’s obscurity creates unpoliced cultural bandwidth that I can occupy without incident. For each character in the play he produces a distinct body of work based on contemporary associations, resulting in a collection of related pieces composed of separately considered parts. Timon of Athens allows him to build an entire imaginative universe–in the manner of William Blake or Matthew Barney–from one discarded 17th-century play.

Timon of Athens is a corrupted text of indeterminate history, questionable sources, and a dubious relationship to the respected canon. That is to say, it mirrors his own position in the art world perfectly. The asymmetry between Shakespeare’s reputation and his own will likely remain intact. But there will come a time when Timon of Athens will be known as Drennen’s instead of Shakespeare’s. 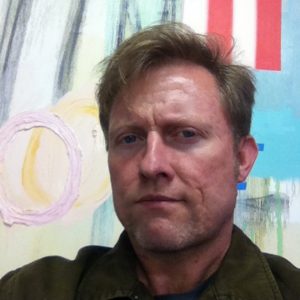