Angelica Lawrence is a skilled actress, professional dancer, choreographer, print model, writer, and entrepreneur. Angelica started an early career in entertainment when she was five years old after her mother enrolled her in a ballet class. At that moment, Angelica fell in love with the idea of expression. She began studying all styles of dance including; Ballet, Modern, Jazz, Hip Hop, Lyrical, Tap, African, Contemporary, Ballroom, and Salsa. She later found her love for theatre and performance when she was in high school. Angelica graduated from Western Michigan University with her bachelors degree. Her talent has allowed her to perform and teach in Los Angeles, New York, Chicago, Florida, Georgia, London, Paris, and Senegal Africa. Angelica graduated with her M.F.A. from East 15 Acting School in London, United Kingdom. While living in London, she performed in many theaters along the West End and completed a residency at Shakespeare’s Globe Theatre. She currently teaches many styles of theatre in the U.S and travels through her artist development company F.A.T.E. 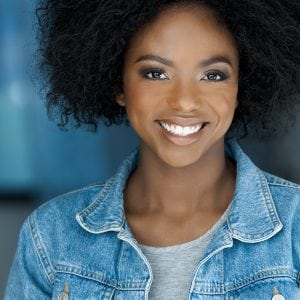