Alexander is the Assistant Professor of Trumpet at Georgia State University since 2018.

Being a founding member of the renowned brass quintet M5 MEXICAN BRASS since 2005 he has performed hundreds of concerts at International Festivals and concert tours in 5 continents, for example, the Kennedy Center, the Banff Summer Music Festival, the Cartagena International Music Festival in Colombia, the Sauerlandherbst in Germany, Italian Brass Week, PopArt Berlin, etc.. As an orchestral musician, he has performed all over Europe, Brazil, India, Algeria, Mexico, and the US. Performances as a soloist lead him to Mexico, the U.S., Canada, Peru, Korea, Italy, Germany, and France.

Born in Germany, Alexander took his first music classes with Bettina Fabiunke and Rainer Auerbach (Berlin State Opera). He has a master’s degree from the University of Arts in Berlin where he studied with Robert Platt and Konradin Groth (Berlin Philharmonic). He studied a post-degree with Peter Leiner (Radio Orchestra Saarbrücken) at the University Saar in Saarbrücken and a Doctoral Degree at McGill University in Montreal with Richard Stoelzel. Alex participated in masterclasses with Jens Lindemann, Reinhold Friedrich, Fred Mills, Hannes Läubin, James Thompson, Ryan Anthony, and others.

From 2003 until 2018 he lived in México where he was principal trumpet of the Symphony Orchestras of Michoacán and Nuevo Leon and Professor at the Conservatorio de las Rosas in Morelia, the oldest Conservatory of the Americas.

Alex is a certified meditation teacher and created the GSU undergraduate/graduate seminar “Mindfulness & Meditation”(MUS 4200/6200), which is an accredited elective course. He is an Honorary Professor of the Peruvian Trumpet Academy (Universidad de Música, Lima/Peru and Assistant Director of the World Trumpet Society WTS. He has taught hundreds of masterclasses, lectures, and workshops and continues to do so very actively, to name a few; North Western University, UCLA, 1.Symposium for Wind Instruments in Warsaw (Poland), McGill University, 1.Congreso International de Trompeta, Castellon (Spain), 5. Festival Internacional de Trompeta, Lima (Peru), University of music and Theatre Rostock (Germany), etc. 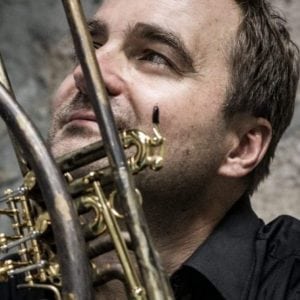